US Raleighs from the East: Raleigh USA

There was a time in America when all Raleighs - except specially ordered Team Replicas (not to be confused with the Team USA, an mid-level marketing tool which now exists in the present day to amuse greedy internet "antique" dealers and Craigslisters) - were made in Japan or Taiwan.

In comparison to their English counterparts of the time - which were often brazed together with all the loving care of a British Leyland unionist - the Raleighs from the East were a notable step up, if a bit soulless behind the handlebar (though a highly subjective point).

Unfortunately, the Raleigh USA venture will forever be known as having been a venture involving the management of the subsidiary by the American bicycle manufacturer, Huffy. If you've ever been within 20 feet of an average Huffy, you'll need not have to ask why this fact continues to tarnish the image and aura surrounding the marquee.

But for whatever these bikes lacked in soul or exalted managerial history, they made up for in sheer flashiness. Though the American lineup had been completely transitioned to Raleigh USA by 1983, it wasn't until 1984 that Raleigh USA's top four roadbike offerings (excluding the Team Replicas) took on a look that defies all visions of "British restraint."

And yet - if it were not for the 15+ instances of "Raleigh" or "Racing USA" plastered over everything conceivable on these bikes, the execution of this flashiness came was done so in pure taste, with the main triangle - excluding the headtube - finished in the paint color of the particular bicycle model, and the rest finished in chrome.

The flashiness of the paint/chrome scheme lasted into 1985, but gave way to a series of underwhelming pastel fades of the Miami Vice fashion with the advent of the 1986 model year. The brand gradually transitioned into Technium bonded aluminum frames, and thus traditional lugged steel frames died their first death under the Raleigh badge.
The 1984 Raleigh Competition (white) and Super Course (blue) shown here are not quite representative of their as-delivered, factory appearance. Both have had their groupsets replaced with more exiting - or stylistically complementary - fare. 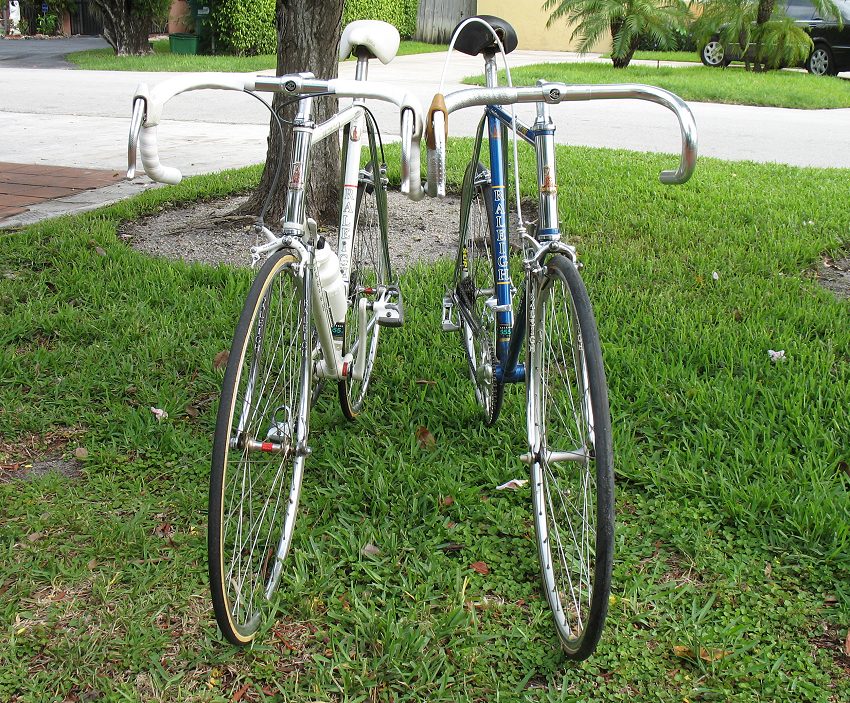 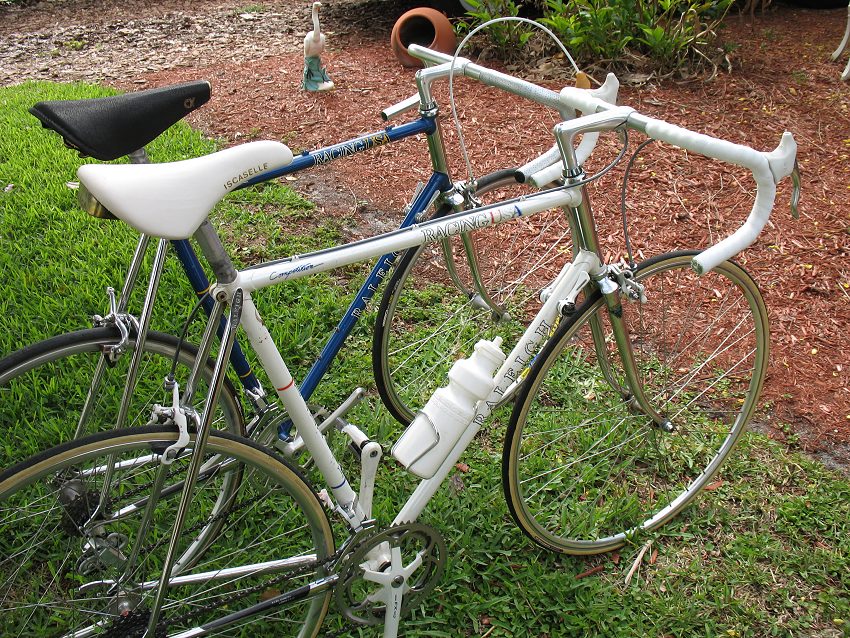 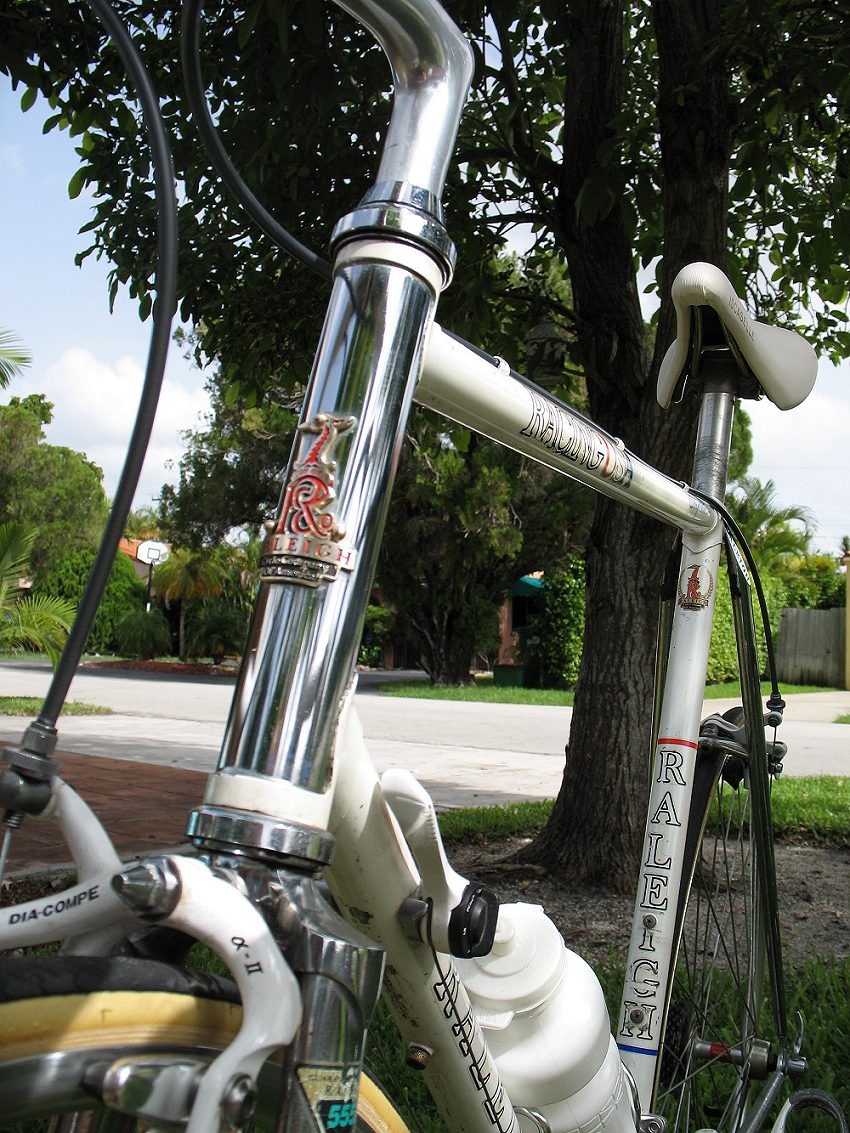 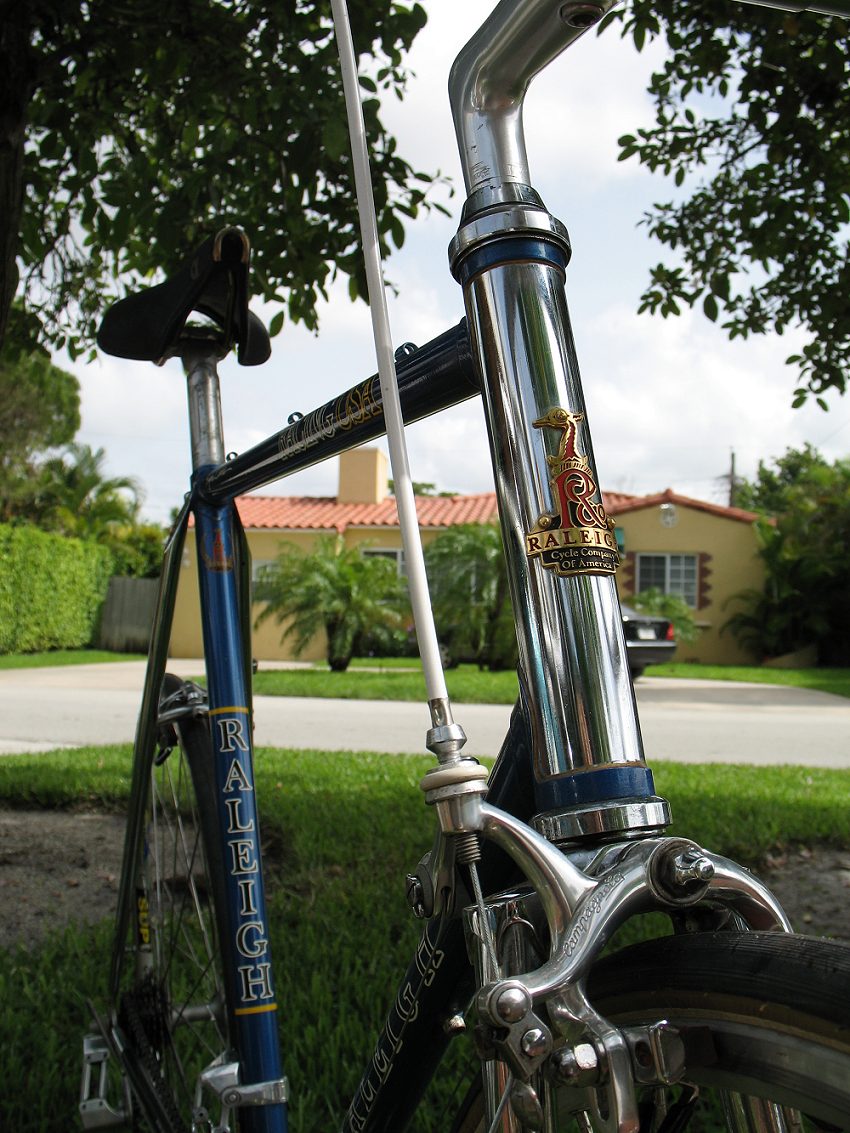 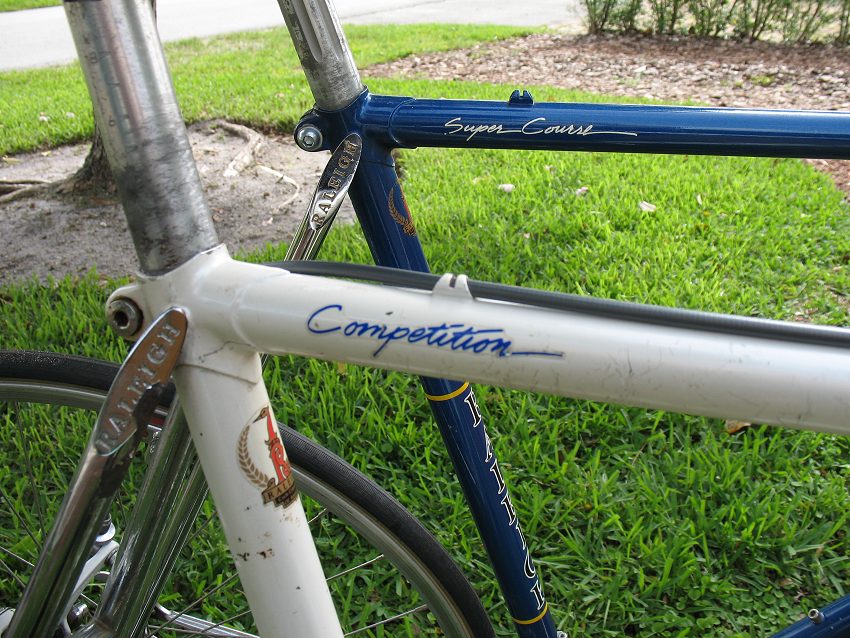 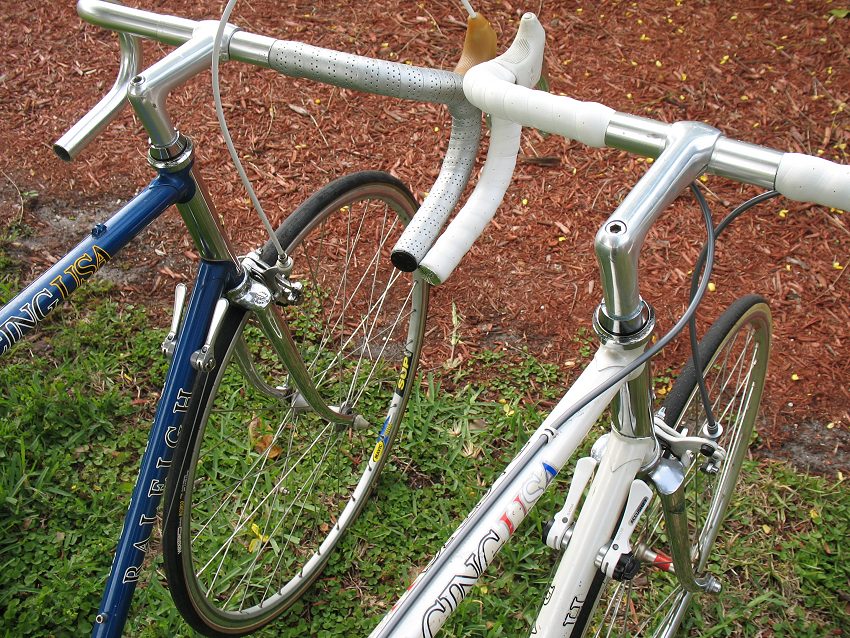 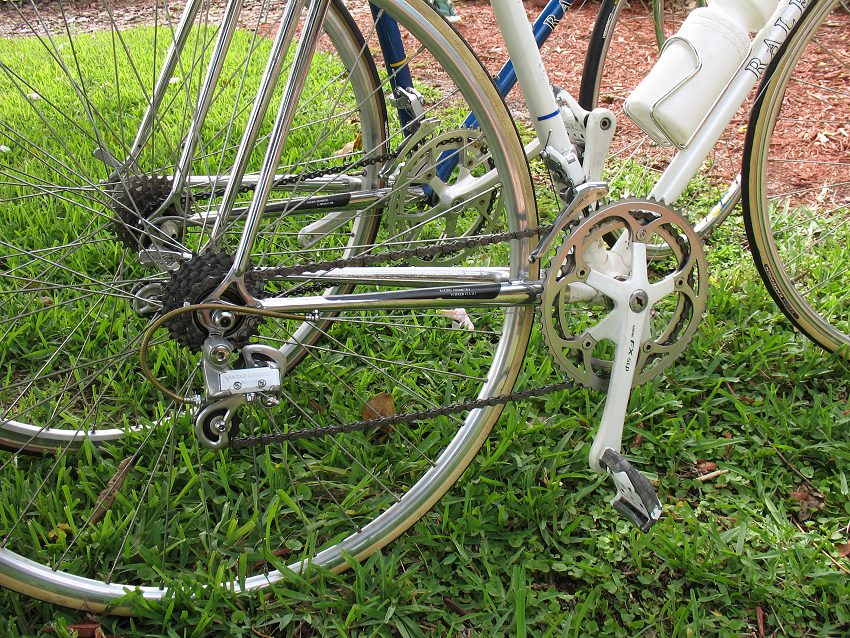 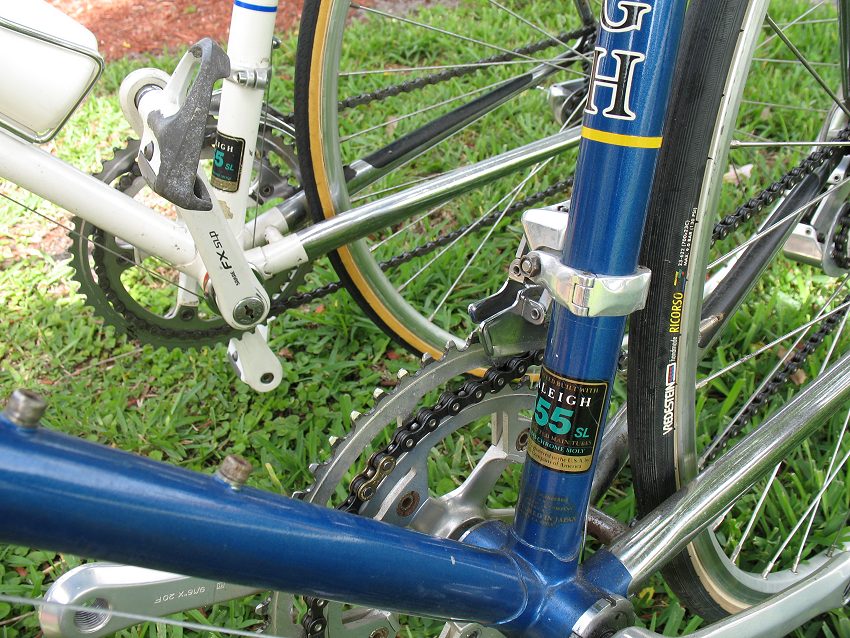 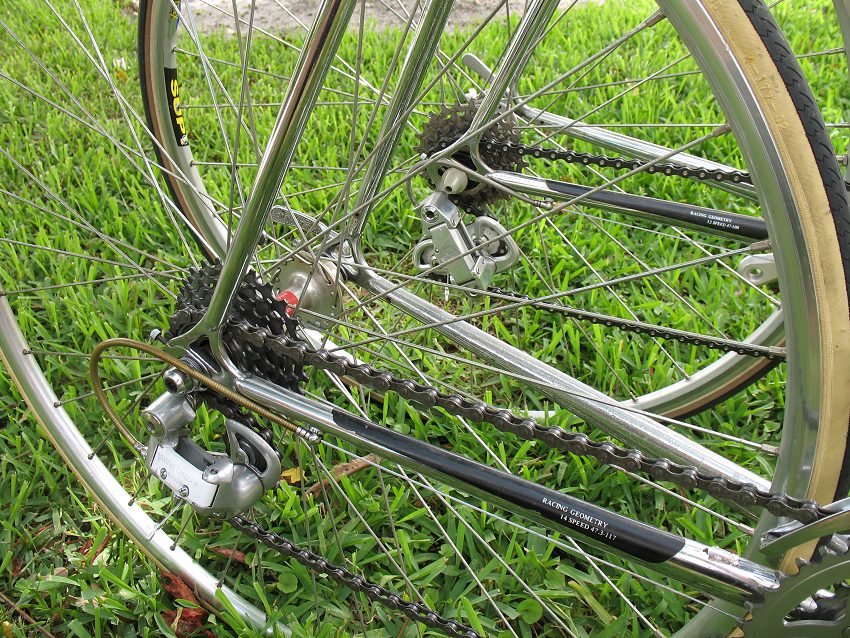 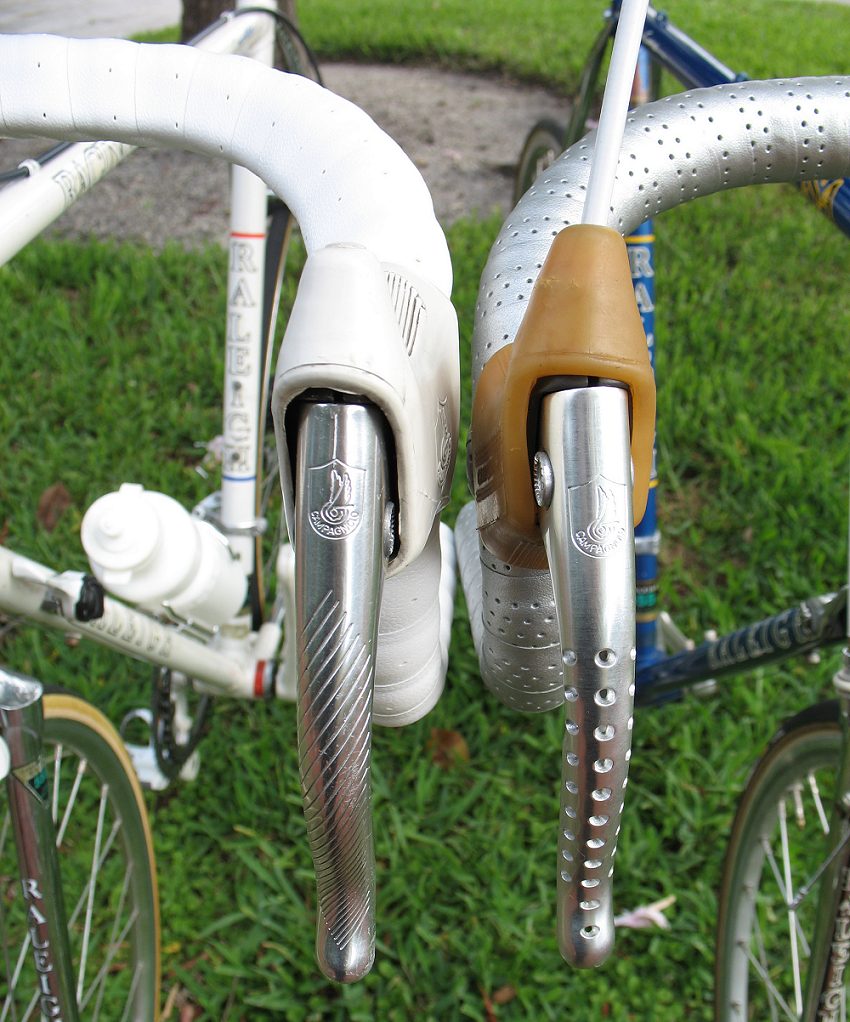 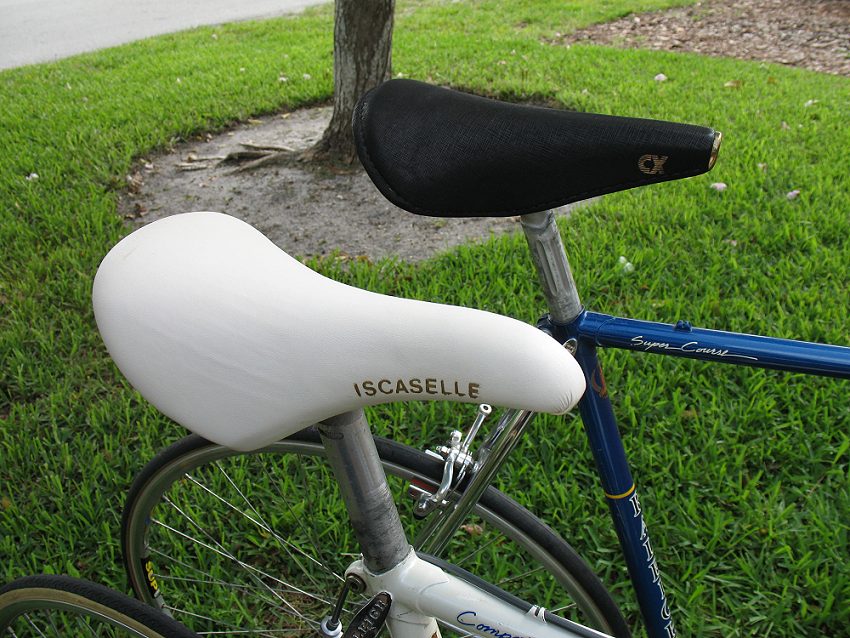 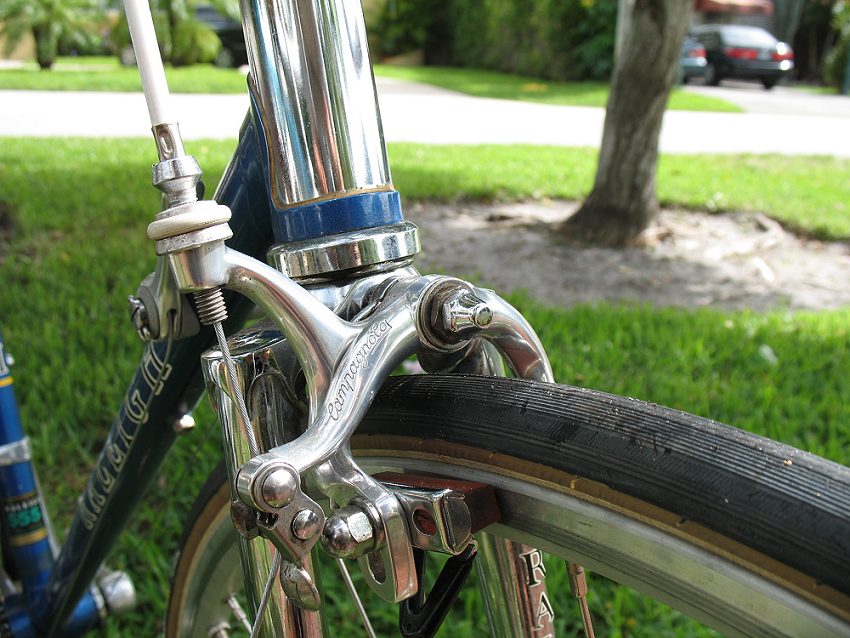 There are minor frame production differences between early 1984 models and later 1984 models, including the seattube band colors and blank fork crowns vs. those cast with the Raleigh USA heron and (tacky) laurel leafs. These production variances are even visible above; the Competition being the earlier '84, and the Super Course the later.

Taiwanese production entered somewhere in late-1984 too, adding additional variations to the preexisting differences already existing between the Japanese models.

Of note, American Team models manufactured in England received the same gaudy lettering attack as their Japanese and Taiwanese cousins, as seen on this 1984 Team 531 frame: 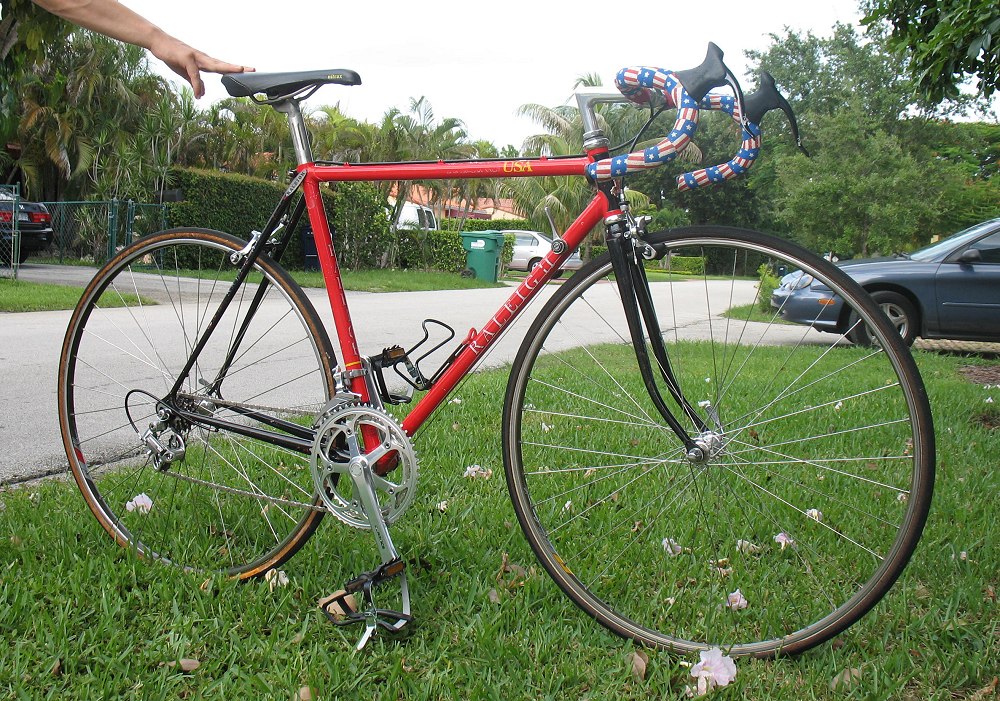