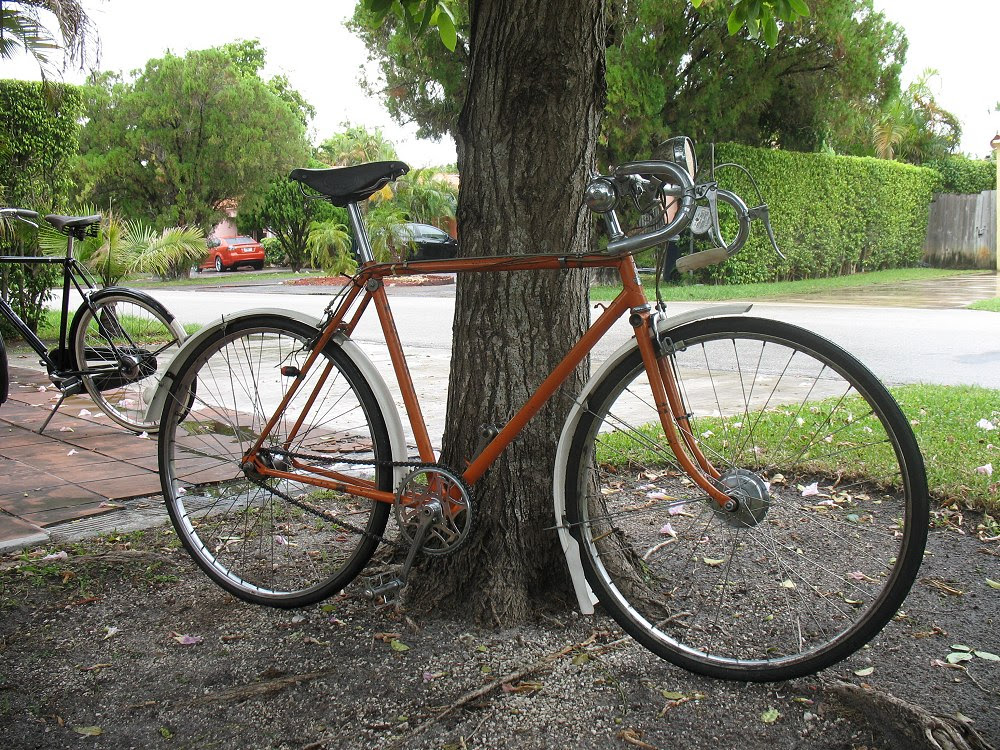 A local collector bought this recent import from England on eBay last year; shortly after doing so, he brought it by for some Dynohub servicing. The hub was missing the cone adjustment washer unique to the pre-1952 hubs - see part LB 121. The armature was dragging on the magnet because of its absence.

Quite surprisingly (even to myself), a "Chair Made," Chinese Sturmey-Archer drum brake ripoff in my parts bin happened to have the same exact washer. Seeing as the Chinese hub was otherwise parts bait and in bad shape, I pulled the washer and mounted it to the Dynohub: 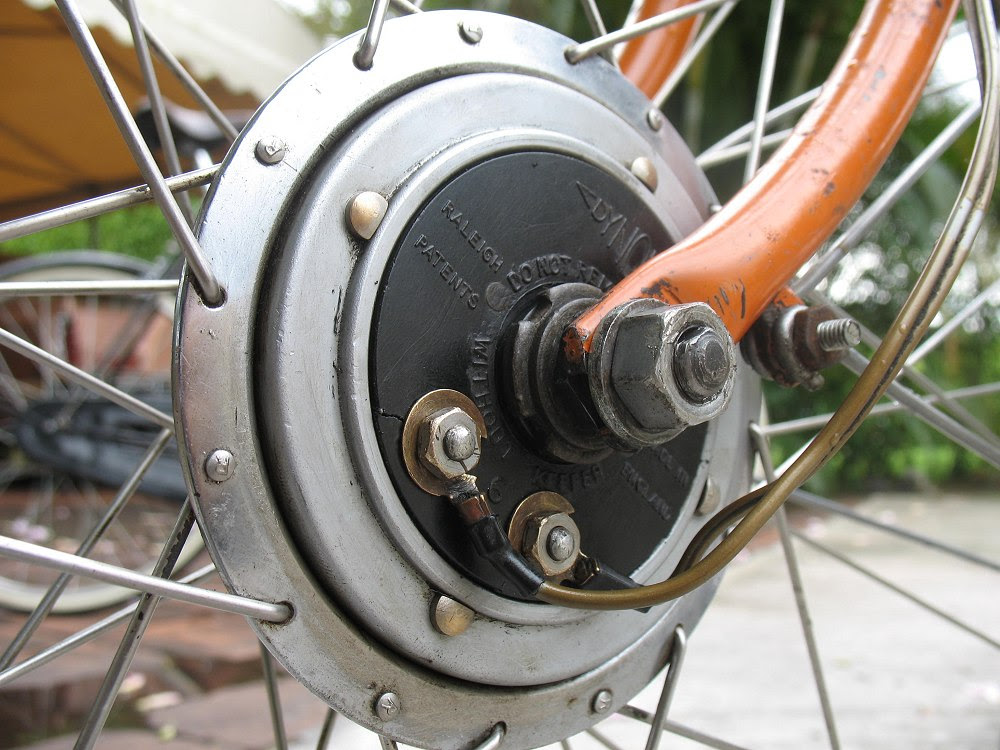 This bike also has a 3-pin Williams crankset with Raleigh-pattern chainring: 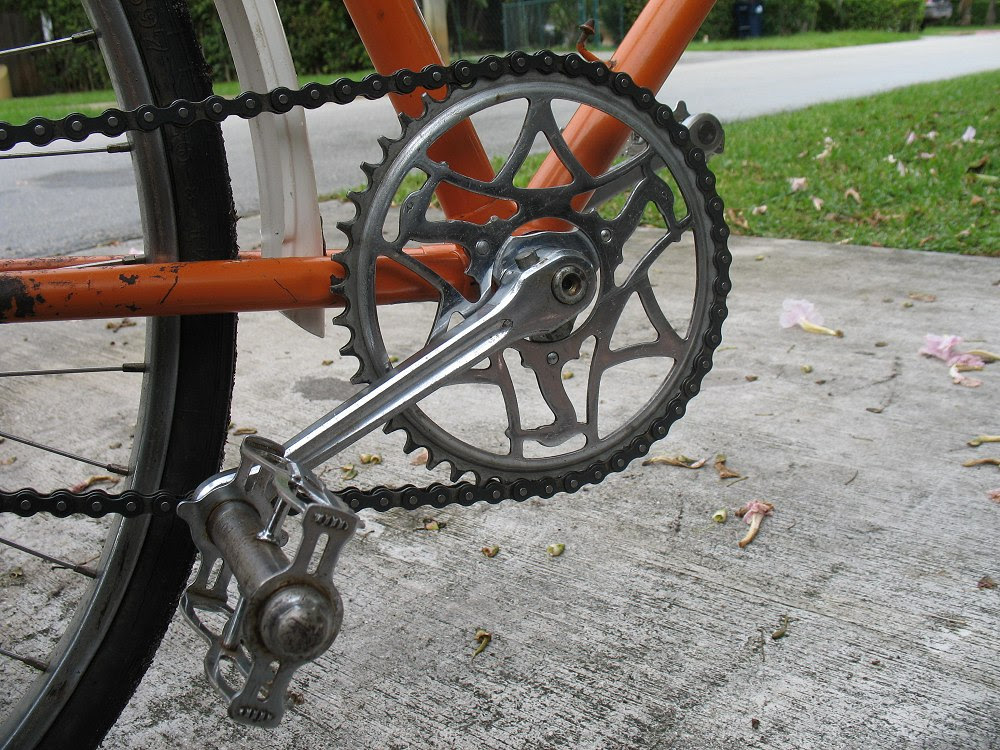 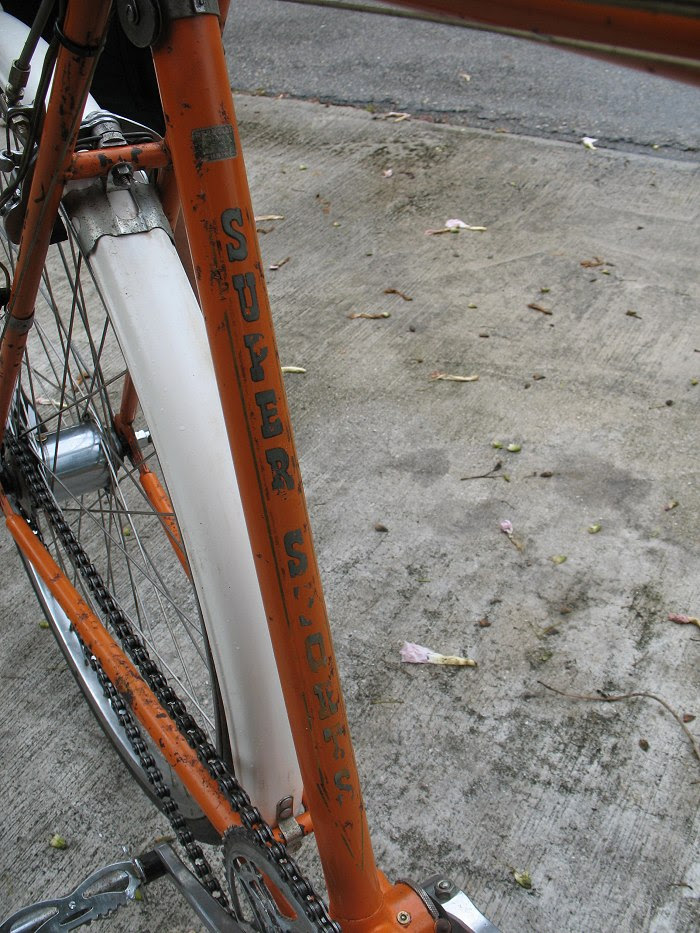 Despite being 531, the steel rims (the rear Special Lightweight was respoked into a garden-variety Endrick at one time), hubs, Dyno, and everything else easily brings this guy into the 35 pound range. Nevertheless, it doesn't feel that heavy on the road. Quite responsive.

We were partially successful at getting the Dynohub to light the bulb, as it kept shorting out when the reflector was installed (and it zapped me a couple of times to boot. Heck, what can you expect from Lucas wiring?). In retrospect, I have a feeling that the lens was shorting out on the nuts holding the electrical leads to the circuit board. 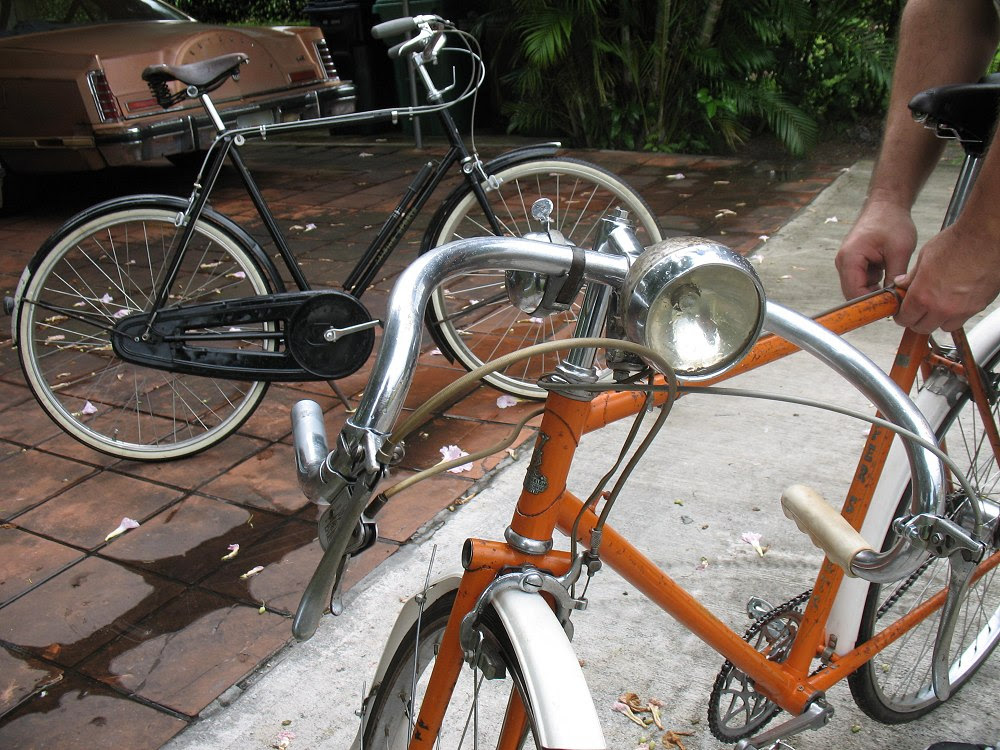 It has been a while since I've seen this machine or it's owner. It might have been sold since.